Epilepsy is a devastating condition affecting over 50 million people worldwide. Patients with epilepsy suffer from reoccurring unprovoked seizures. The goal of current treatment practice is to enable patients to live unrestricted lives by controlling the seizures with anti-epileptic drugs – Epilepsy cannot be cured to date.

In order to someday be able to prevent the development of epilepsy, the multidisciplinary research project EPITARGET is focused on the process leading to epilepsy (epileptogenesis) in adults. The main hypothesis is that there are combinations of various causes, acting in parallel and/or in succession, that lead to epileptogenesis and the development of seizures. The central premise and vision is that by using a combinatorial approach to identify appropriate biomarkers that allow the prediction of the disease and by developing effective

anti-epileptogenic therapeutics, patients at risk can be treated before they even have epilepsy. The project will focus on:

The research project is coordinated by Prof. Mérab Kokaia from the Lund University in Sweden and is funded by the European Union with nearly twelve million Euros under the 7th Framework Programme. 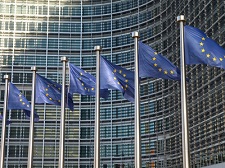